To prevent that a process is going out of control. To determine the range of a process. Monitor change in process over time (wear out of production equipment). Snapshot of a production period.

UCL and LCL are not the specification limits!! 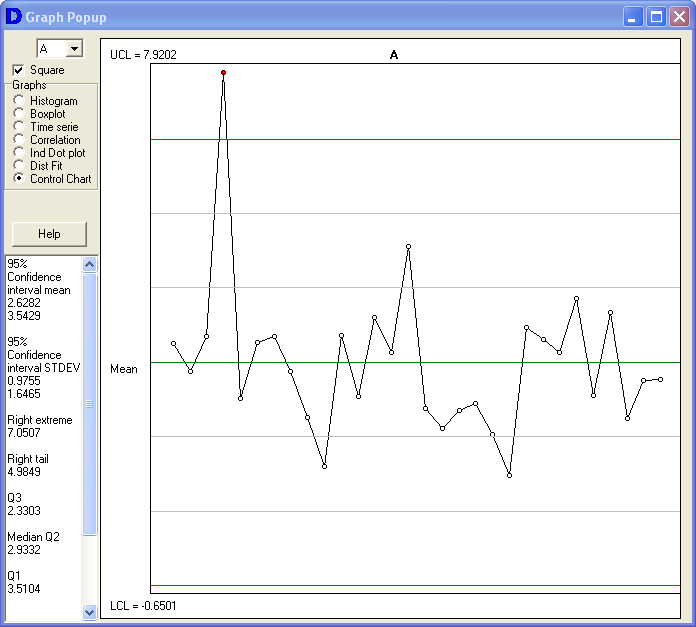 When one of these rules happens it will be visible as a red dot in the plot. If needed corrective actions must be taken to restore the process. Keep in mind a point outside the ULC and LCL will can occur in about 1 in the 371 data-points.